Covishield For Covid-19 Gets Go Ahead From Committee, Over To Drug Regulator. 10 Points

The Covishield vaccine candidate has received the green signal  from the Subject Expert Committee formed by the Drugs Controller General of India. 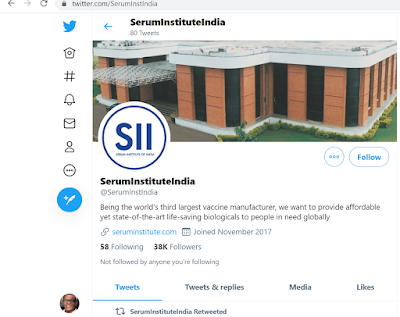 The first Made In India vaccine, Covishield is manufactured by the Serum Institute of India (SII) at their Pune facility. It is developed by pharmaceutical company AstraZeneca and the University of Oxford.

The DCGI heads the Central Drugs Standard Control Organization of the Government of India. It is responsible for regulatory control and approval of serum or sera, clinical trials, new drugs, specific licenses and control over import of drugs among other functions. The CDSCO works under the guidance of the Ministry of Health and Family Welfare, currently led by Dr Harsh Vardhan.

The Subject Expert Committee, called the SEC has cleared the Covishield for emergency use, also known as Emergency Use Authorisation or Approval.

The SEC has sent its recommendation to the DCGI who, as the final authority, will help ensure the vaccine is available nationwide.
The vaccine will be made available initially to priority groups such as our nation's frontline medical professionals who continue to treat the Covid-19 virus afflicted citizens despite risk to their own lives.
"The preparations are like general elections. The purpose of the dry run is to be ready for the actual rollout... Potential recipients of vaccine will be informed via SMS. Frontline workers are the priority. After inoculation, digital certificate will also be provided," NDTV quoted health minister Harsh Vardhan saying.

POINTS YOU NEED TO KNOW

on January 01, 2021
Email ThisBlogThis!Share to TwitterShare to FacebookShare to Pinterest