Mini Auction for the 14th edition of the IPL today (18 Feb, 2021) at the ITC Grand Chola Hotel in Chennai 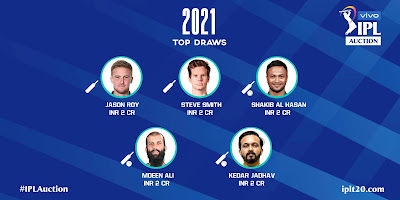 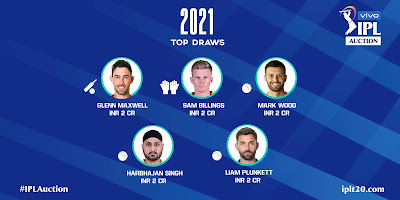 Although 11 of the biggest ticketed players will be in the spotlight the moment the first hammer is struck at the IPL Auction 2021 for the 14th edition of the league, surprises and shock are expected because this'll be a mini auction.

The Covid-19 pandemic and prospect of adding new teams to the league in the 15th edition in 2022 are two major reasons that are doing the rounds as cause for this mini auction.

The top five purpose of the eight competing teams in vying for players in this auction are:
1. Finding a player / players who'll help balance the team dynamic after releasing and retaining players in January 2021.
These balance requirements vary from need for a finisher, an X factor, a wicket-keeper, left arm bowler, death overs bowler, or even a potential leader.
2.  Back up players who could step in if the preferred players get injured or fail to click in their assigned roles.
3. Finding the variety in bowling the team lacked in the previous IPL edition.
4. A major overhaul by casting out the old and bringing in the younger new.
5. Picking up allrounders who can play dual roles such as bowling and batting, or batting and wicket-keeping.
Because this is a mini auction there's a big likelihood of teams going for lesser known youngsters who are already playing the circuit in the shorter versions such as the T10 and the T20.
This'll help teams not only utilize wisely the limited resource (fund) they have available to spend, but also have young aspirants who'll display abundance of energy, show they are hungrier to perform in an internationally more recognized league and as good performers get into the retention list.
Owners and their representatives from the Virat Kohli-led Royal Challengers Bangalore and Punjab Kings (previously King's XI Punjab) are likely to hog the limelight during the auction.
RCB have 11, the highest number of total 61 slots to be filled by the eight teams, while Punjab Kings have the 9, the second highest number of slots and with the biggest available purse to splash on. 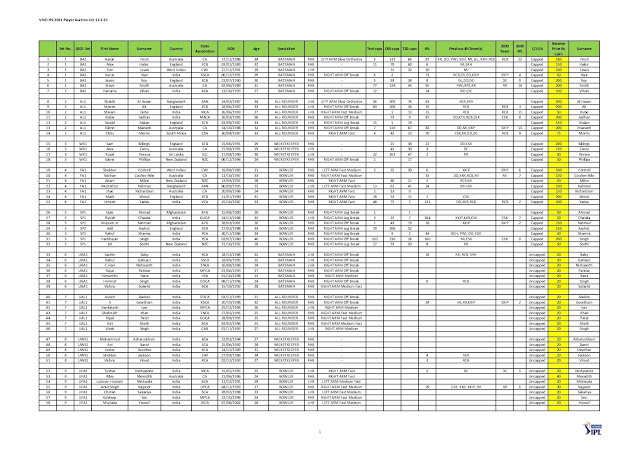 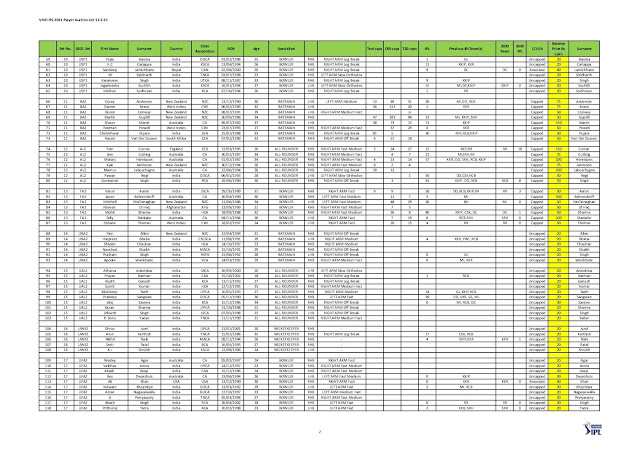 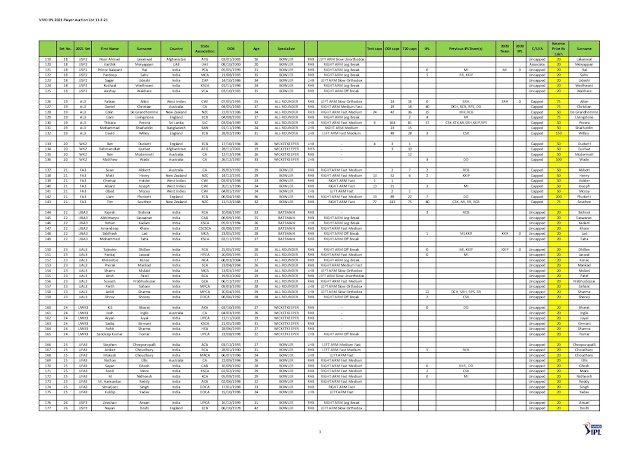 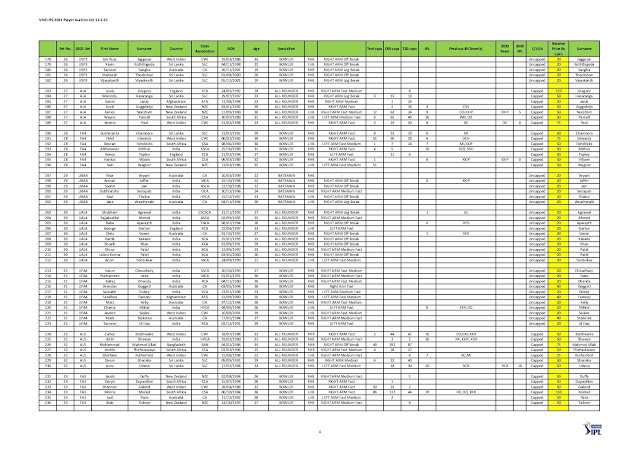 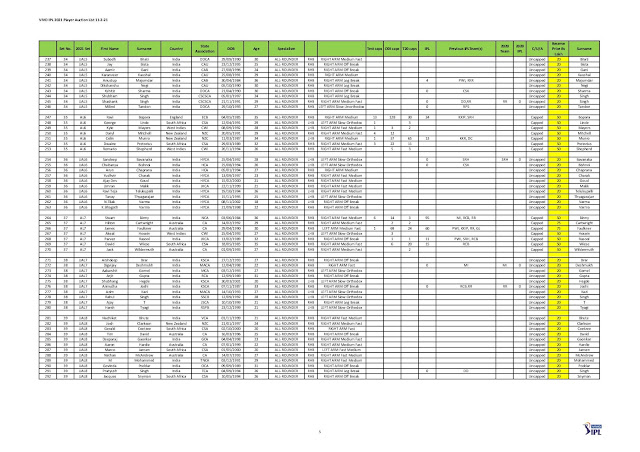 on February 17, 2021
Email ThisBlogThis!Share to TwitterShare to FacebookShare to Pinterest