Why Aren't They Listening To Gavaskar These Days? Over To KL Rahul, You Bet! [Watch] 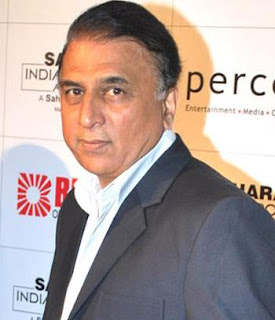 No one is listening to Sunil Gavaskar these days when discussing batting in Test cricket.

Sanjay Manjrekar, commentating alongside Gavaskar in this first Test between India and England at Trentbridge made an observation about Rohit that Gavaskar promptly corrected.

Gavaskar, recognized as the most successful and among the greatest opening Test batsmen, stepped in saying: "Rohit is watchful, not defensive."

Few moments later, Rohit's adrenaline drew him to become that compulsive hooker and perish to a Ollie Robinson bouncer.

Needless to say, both Rohit and Robinson were trending on Twitter in the United Kingdom and India, until captain Virat Kohli and Cheteshwar Pujara hit the trends with their early exits.

Gavaskar's success mantra for himself and for all top order batsmen has been: Play watchfully, the longer you stay at the crease the better you'll bat, and play the ball on its merit.

Few present day batsmen manage to follow this dictum as they struggle to switch gear between Tests, One Day Internationals and the T20s.

Whom would you bet on to win this Test? Bet Now

If KL Rahul, the flamboyant Rishabh Pant and Ravindra Jadeja bat deep, they are likely to raise a competitive 1st innings total.
Jadeja has been preferred over India's number 1 spin expert Ravichandran Ashwin mainly for his batting prowess.
He went wicket-less as he got to bowl merely three overs in England's 1st innings.
How much do you believe India will end their 1st innings at?

The result of this Test could be predicted based on this India innings total and how the weather pans out during the remaining three days of this Test. Win Big with Betway!

Sky Sports Cricket posted an interesting video on YouTube titled "Even if we lose, I want us to go for the win!" | Dinesh Karthik meets Virat Kohli | Full interview"

That's a bold statement from the Indian skipper. This should make it easy for you to bet on an India win.

Kohli is being touted as the CR7 of cricket. The India captain himself is an admirer of Cristiano Ronaldo. 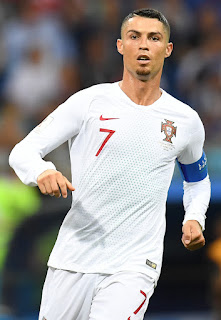 now Juventus star saying: "He's [Ronaldo] probably had people disregarding a lot he has done over the years. He has shown great mental strength and keeps going. His discipline and staying at the top of his game is remarkable."

Meanwhile, the trends on Rohit Sharma were a mix of praise and brickbats, apart from the memes, few of them hilarious.

Stats flew thick and fast. One tweet observed: "This is the third 50-plus opening stand for India away from home in Tests since 2019.

Rohit Sharma has been a part of all three partnerships."

Another pointed out that Rohit has scored the most Test Runs for India in 2021.

@Cricketracker delved on "Rohit Sharma as an opener in Overseas Tests: 36, 30, 34, 7, 44, 52, 26."
@cricvizanalyst highlighted how "KL Rahul has left 31% of the deliveries he's faced, compared to Rohit's 21%. 9% of ball's bowled to Rahul would have hit the stumps; for Rohit, 4%."
Sachin Tendulkar @sachin_rt's official App 100MB @100MasterBlastr revealed expectation: "With Rohit Sharma's wicket, the first session ends! A good session for India but they just missed out on a century opening stand."
Rohit's nemesis, Robinson too had plenty of supportive tweets, among them England's @TheBarmyArmy:

Ollie Robinson has got some extra support this morning...from his dog and daughter 🥰

(all pets and age groups welcome in the Barmy Army)#ENGvIND pic.twitter.com/d547NZ3RhM

Few cricket fans expressed empathy toward Rohit saying: "We feel for him as he was batting well in a tough condition."

Others continued to feel Rohit threw away his wicket.

"Rohit has been dismissed bw [between] overs 20 & 31 in five of the six innings he opened in away Tests," read one tweet.

There were other news updates that grabbed attention on the day. Among them was Former German and Chelsea FC star Michael Ballack losing his 18 year old son in an accident in Portugal.

Michael Ballack's son has reportedly been killed in a quad bike accident on holidayhttps://t.co/747Ayof4ne

@MirrorFootball's tweet said: BREAKING Former Chelsea star Michael Ballack's son, Emilio, killed aged 18 in quad crash
@ChelseaFC reacted the way loved ones and friends would. "Everybody associated with Chelsea Football Club is shocked and saddened to learn of the death of Emilio Ballack at the terribly young age of 18. All our thoughts are with his father Michael and his family at this sad time."
Kohli too received strong reactions.

What we came for: Virat Kohli's first international ton since November 2019.

What we see: The resumption of the battle between Anderson and Kohli! #ENGvIND pic.twitter.com/HL4CGJ0IVk

The development at the Bank of England also jostled for top the top trends status on the day:

The Bank of England says UK inflation will spike as officials consider the need for some “modest tightening” in due course https://t.co/TNVhc7cgsj pic.twitter.com/0AvhJVhjEi